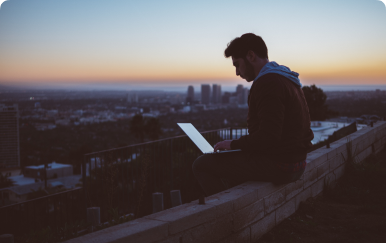 All too often, organisations fundamentally misunderstand the concept of “accountability” as meaning having someone to blame when things go wrong.

However, accountability is one of the most precious attributes found in a high-performing team.  It means that the team and its individual numbers are willing to take the risk of being wrong in their attempts to deliver quality outcomes for the company and other team members.

The willingness of individuals and teams to take responsibility and accept accountability is a major objective in any modern team development programme.

This cannot be achieved though in a cultural environment where individuals are blamed and even punished when their earnest attempts to deliver subsequently go wrong.  Should that become the norm, individuals will typically refuse to accept accountability in future and the team may become paralysed by inertia while waiting for others to accept responsibility for telling them what to do.

Teams with a willingness to accept accountability and readily demonstrate it are teams that win.  Teams where individuals dispute who is accountable and where accountability is seen as something to be avoided, at best “get by” or more commonly fail.

Note that a willingness to accept accountability is critically important in a crisis situation.

To establish where there may be challenges in accountability requires an extensive survey and the collection of multiple data vectors which are then analysed against each other.

However, some of the following symptoms may indicate that there are problems in terms of this domain within your team:

One of the key concepts of the TeamLytica approach is the need to look at data relating to your team in a holistic sense.  Looking at one relatively limited subset of the total picture can yield misleading and erroneous conclusions.

Even so, it is possible to speculate about some typically-encountered causative factors when a team’s capability levels appear to be a challenge:

Another principle of the TeamLytica approach is that without detailed analysis and information, applying “best-guess” remedial actions may be risky.  Even when they are well-intentioned, if they are not based upon an understanding of the real underlying cause, they run the risk of making the problem worse.

Keeping that caveat in mind, your organisation might find some of the following ideas useful:

TeamLytica can assist you by analysing very wide-ranging data and identifying the exact causes of perceived accountability issues.  This will allow the development of an action plan to remedy some of the issues identified.