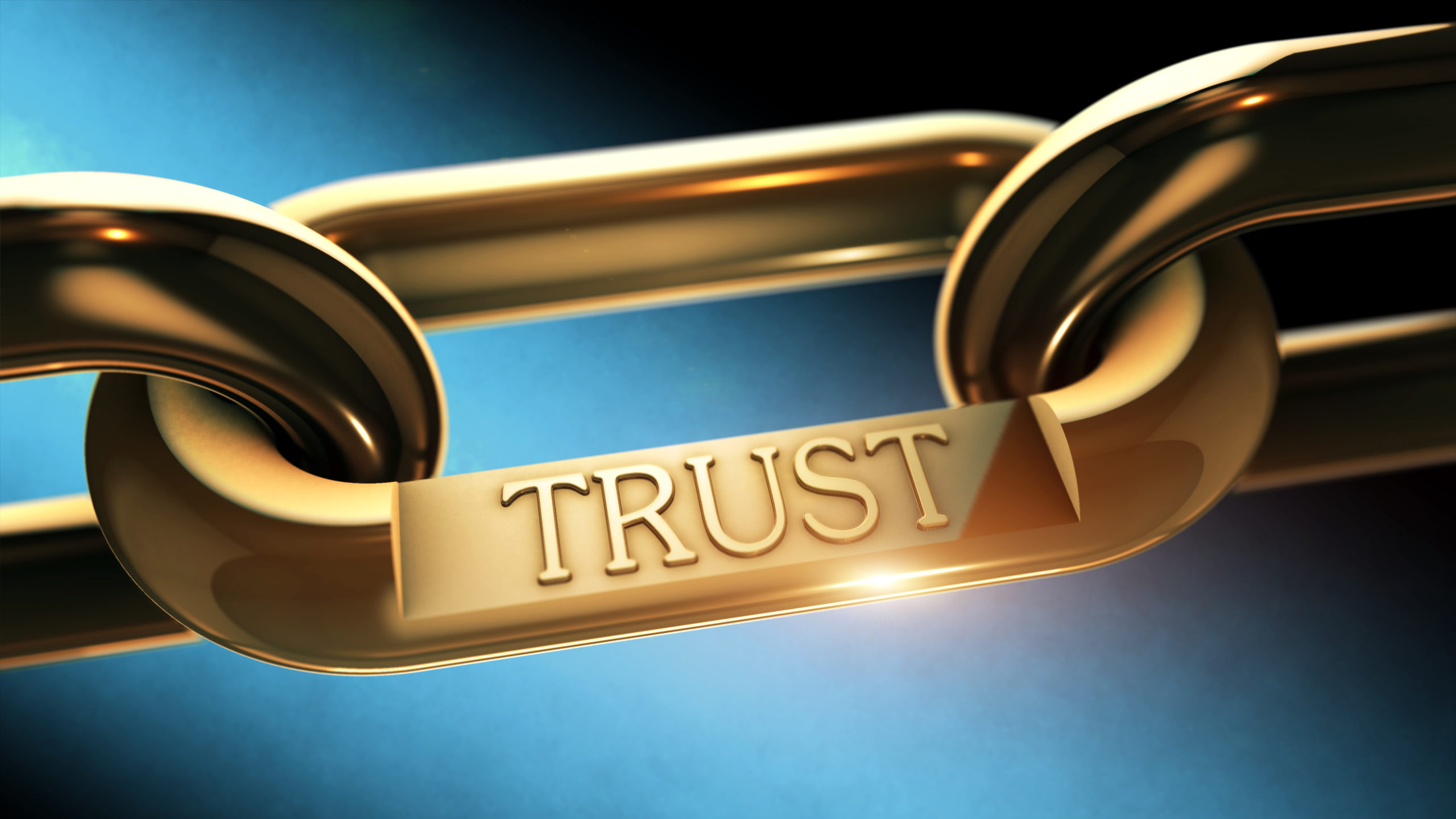 What is a trust?

What relevance does it have in the 21st-century workplace?

How can we build it?

The origins of trust

Millions of years ago, our ancestors were essentially social creatures.

As far as scientists can say for certain, they lived in the extended family or perhaps wider tribal-type groupings. They discovered very quickly, through hard experience, that cooperation was the key to survival.

This might seem self-evident but co-operation comes about in one of two ways:

The former is clearly hopelessly inefficient.

Sure, start a debate with others asking if they’ll help drive that threatening predator away. You’ll be a meal in its stomach before you’ve finished counting the votes!

By contrast, if you know in advance that those around you will support you when necessary and they know that you’ll do likewise for them, then you have a far better collective survival strategy.

This is essentially trust and its origins – mutual self-interest. Today, of course, we talk rather more about “success” than “survival” but make no mistake, trust in the wider group (or team) is essential.

How to build trust in a team

It’s not difficult to assess the extent to which the levels of trust in a team are healthy or not.

You can ask targeted questions of a team, such as “We have a high level of trust in the team” and statistically analyze the results in terms of the strength or disagreement with the sentiment expressed vis-à-vis population norms. Yet if the results indicate that improvement in overall trust levels is required, what can be done?

Here are a few key foundation stones to improving trust levels within a team:

Trust in a team isn’t a ‘nice to have’. It’s essential for success.

Teams that demonstrate high levels of internal mutual belief are consistently shown to be higher performing than those which do not.

Adopting some of the above personal behaviors will help but keep in mind that trust-building and maintenance is an ongoing process.  It’s something that must be worked at every day.

Why Stakeholder Knowledge is important in Team Performance